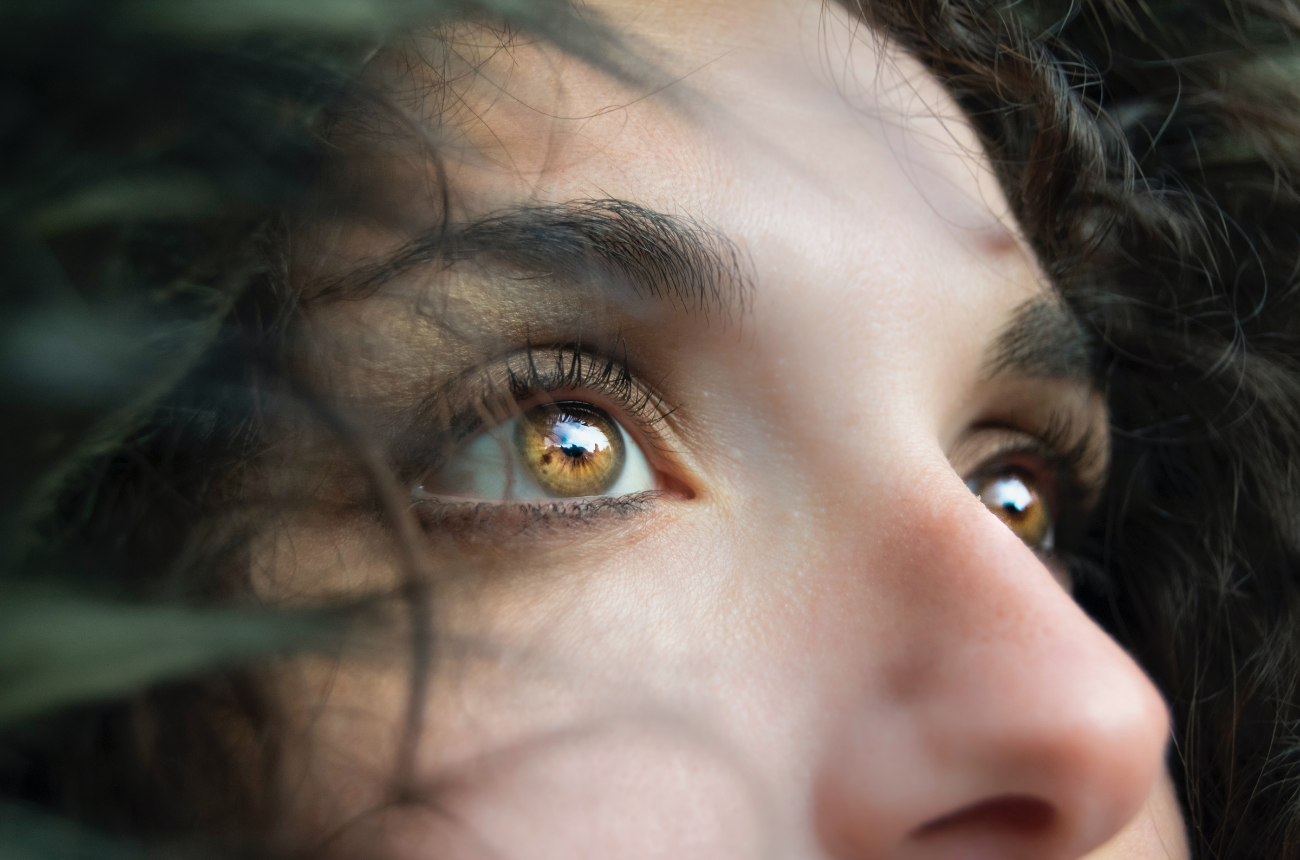 So I recently did something that I had wanted to do for years – I got LASIK done on my eyes.

Your boy has 20/20 vision now. That means no more seeing waves just before they hit me when surfing and no more squinting to read the Taco Bell menu.

While the final product was worth it, the process was a little bit scary at times. Because as the laser is carefully cutting into my cornea, I began to feel immense discomfort in my eye. Then after this first part of the procedure, slowly, my sight began to fade to black, and for about 30 seconds, I was blind until, eventually, my vision began to come back, but everything was distorted. The good news is that after only a matter of hours, my sight was completely restored.

Before I could see clearly, I experienced:

It was during that moment of temporary blindness that I felt like God speak to me (God chooses the strangest times to speak, doesn't he?) and remind me of a story in Mark 8 when Jesus heals a blind man.

22 When they arrived at Bethsaida, some people brought a blind man to Jesus, and they begged him to touch the man and heal him. 23 Jesus took the blind man by the hand and led him out of the village. Then, spitting on the man's eyes, he laid his hands on him and asked, "Can you see anything now?"

24 The man looked around. "Yes," he said, "I see people, but I can't see them very clearly. They look like trees walking around."

25 Then Jesus placed his hands on the man's eyes again, and his eyes were opened. His sight was completely restored, and he could see everything clearly.

It's a strange story, isn't it? Jesus spits in a blind man's eyes, and, unlike other accounts of Jesus healing someone, it appears that the first attempt to heal the man didn't actually heal him completely. So Jesus goes in for Round 2, and this time his sight was completely restored.

It feels like a weird story to include about Jesus. I mean, if I am trying to convince you that Jesus is God, I probably wouldn't include the story of when Jesus seemed to have an "off" day of healing. Why would Mark include this story?

In other words, I wonder if Mark included this strange miracle story because he wanted us to know that sometimes when miracles show up, and before you can recognize it as a miracle, all you feel is

And this is good news for some of you. This strange story in Mark should remind us that miracles may look like a mess first.

You were praying for a miracle, and it feels like all you got was a mess.

Mark reminds us that sometimes the path to the miracle might look this way. But this story reassures me that if we stay close to Jesus that He can and will bring about the miracle you've been longing for, even if the process isn't what you expected.

Before I could see again, I experienced discomfort, darkness, and distortion. Before the blind man saw again, he experienced the same thing (although I'll take a laser instead of a Jesus-loogie to the eye any day).

I don't know why God works this way. But I'm grateful that we're given stories like this in the gospels. Because it reminds me that in the middle of a mess when I am uncomfortable, and my vision is blurry, that I very well might be in the middle of my miracle, and I need to stay close to Jesus and let Him continue to do his work on my life.