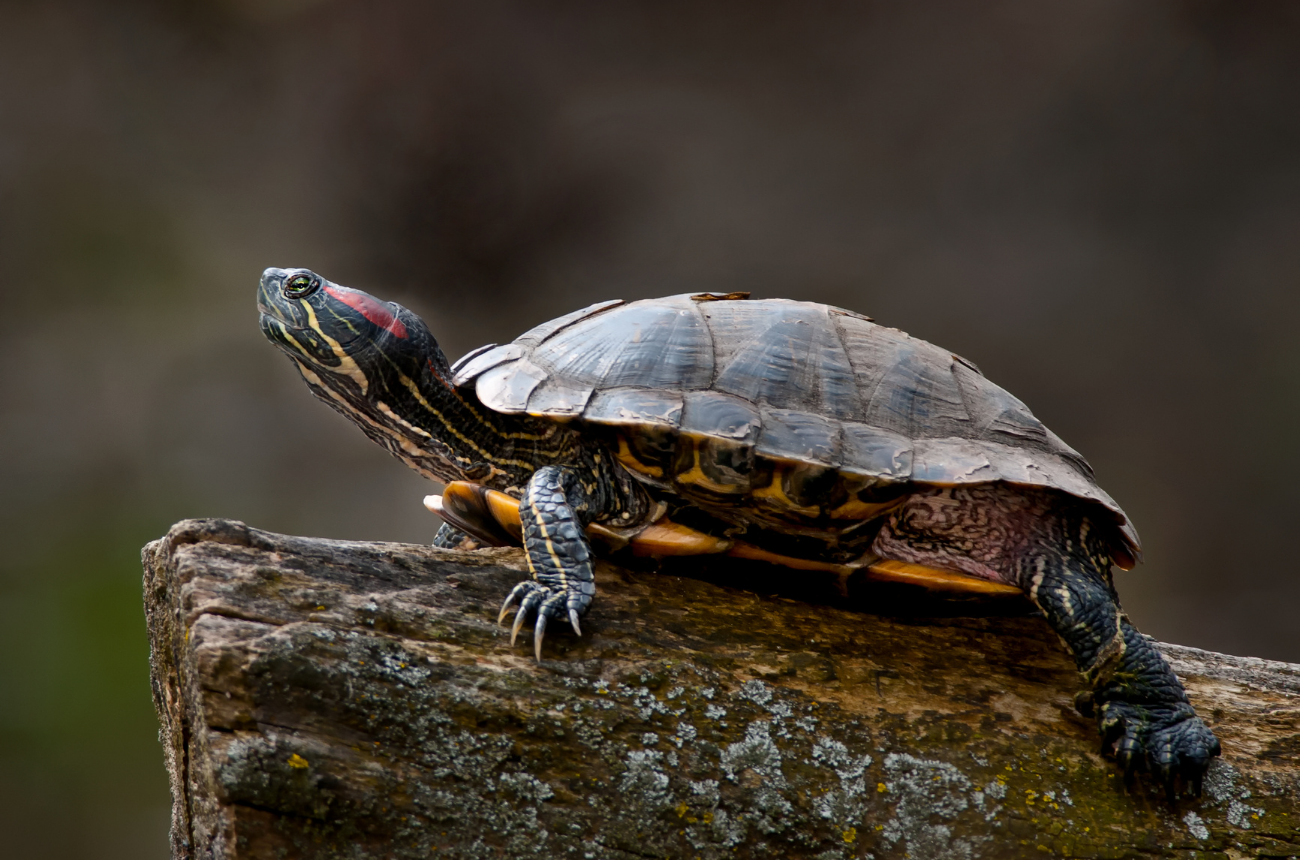 So much so that when I was 12, my best friend Corey and I dug a huge pond in his backyard and put our collection of pet turtles in it. We had red-eared sliders, soft shelled, pond-turtles, you name it. We made an awesome little waterfall and plant feature and were truly living in a turtle paradise. It was turtally awesome (ba dum, crash).

As you would assume, the pond would become murky every now and then and in need of a good cleaning, so Corey and I would pull out the turtles one by one, place them in a clean tub, and scrub the pond. For the most part, this was a rather easy task, besides one small problem…

One of the turtles in the pond was a freshwater snapping turtle.

If you know anything about snapping turtles, you know that they can take one or two of your fingers home as a souvenir if they want to.

So every time we would reach in the pond to pull out a turtle, we knew that there was a possibility of things getting a little out of hand (ba dum, crash) (okay I’ll stop).

Either way, the only way to clean the pond and do what we needed to do was to reach in, pull out each turtle, and take the risk.

I think often in life we become familiar with a similar fear that I had when I was 12 pulling turtles out of that pond. We get excited about things and projects, begin the work necessary, and do our best to focus on our goals. We could be striving for a job promotion, beginning a workout routine, breaking a habit, or hoping that this new relationship turns out to be the one.

But I think just as often, we experience the fear of the “What if…”. What if I lose a finger? What if I don’t get the job? What if I can’t break this habit? What if I’m not good enough? What if they hurt me?

Your fears are valid.

Your past experiences are valid.

It’s not a sin to protect yourself when you think it’s necessary.

These fears can be helpful in keeping us grounded at times, don’t get me wrong. But they also have the ability to debilitate us from moving forward in the amazing plans God has for us. They might lock you up in that place, or job, or relationship that you know isn’t right, but it’s what you know. They can make you believe that there isn’t anything better on the other side, and even if there is, it's not worth the risk. They might tell you that your past experiences will be the same as your future ones, and God doesn’t have anything better in store.

I feel that. I know what that's like. Not simply because of an old turtle story, but because it is something many of us have gone through. But can I tell you something? I’ve also seen the other side. I have seen the goodness of God in my life. I have said every "what if" you can think of, and God has brought me something better than I could have imagined.

It reminds me of the woman who had been sick and bleeding for 12 years. Mark 5 says:

"She had suffered a great deal under the care of many doctors and had spent all she had, yet instead of getting better she grew worse. 27 When she heard about Jesus, she came up behind him in the crowd and touched his cloak, 28 because she thought, “If I just touch his clothes, I will be healed.”

This woman understood "what if." She literally tried every possible solution for 12 years. And the result? She got worse! Do you sometimes feel like you’re getting worse?

But when she heard about Jesus, she said a different kind of "What if?" What if He can heal me? What if He is the answer? What if everything I have gone through is no match for this man?

I want to encourage each one of you to ask a different kind of "What If" today.

One that might be uncomfortable, risky, or go against everything you know or feel. But one that says “Jesus, just as this woman moved past her fears, reached out to you, and experienced freedom, I can too.”

He cares for you. He will not leave, nor forsake you. Let Him take your fears, your past, your present, your future... for He is strong and can carry them too.