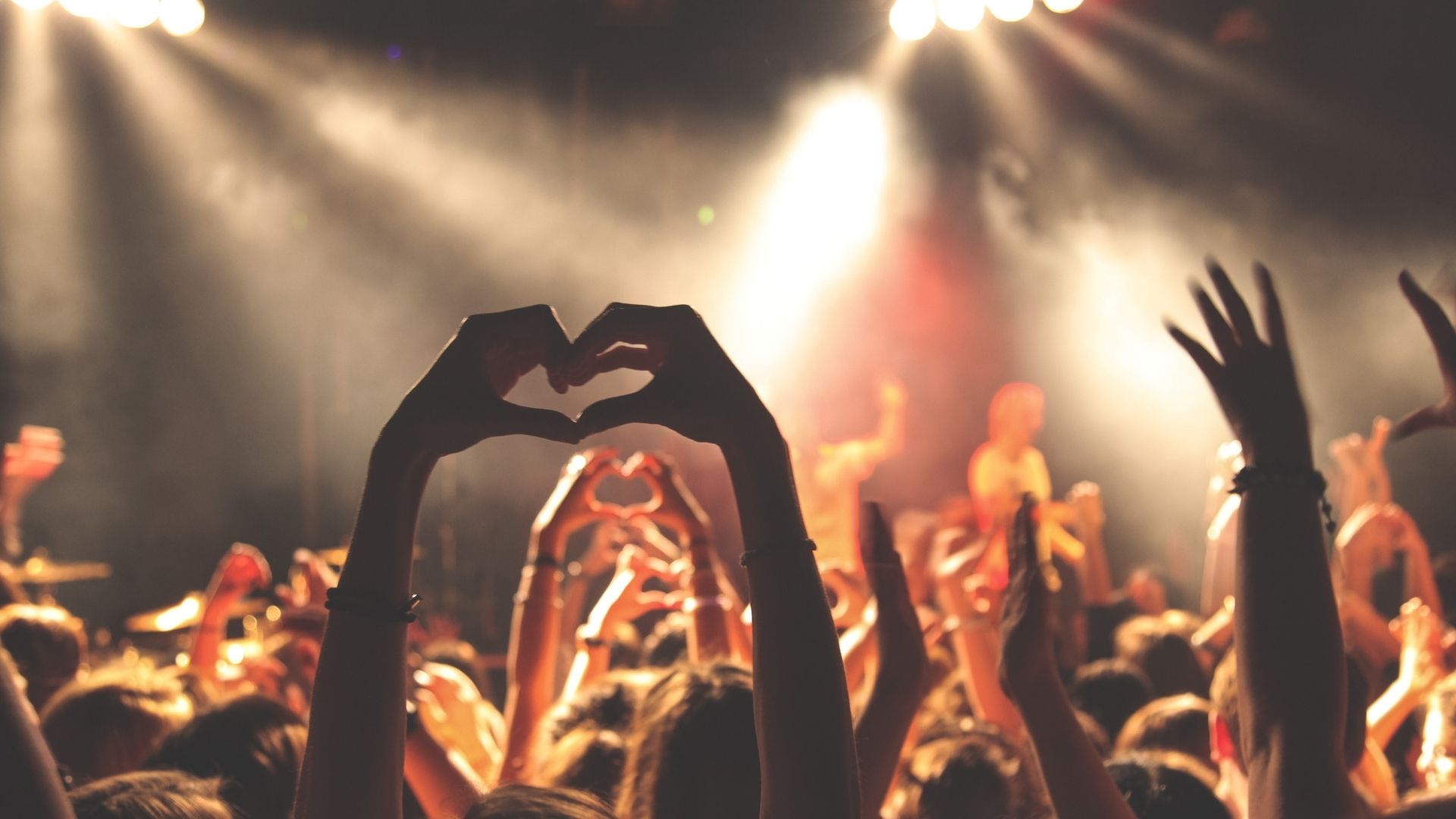 Some of you may not know this about me, but I used to be a rapper.

It's actually how Jena and I first met. Her stepdad had a studio in his house, and he helped me record my first couple of albums. So before I was ever friends with Jena, I was just the strange rapper who would hang out with her stepdad a lot. Little did Jena know that she would be marrying that strange rapper one day.

I did not achieve any fame through my music. But I had the opportunity to do quite a few shows and even go on a tour after graduating high school. This sounds way cooler than it actually was, as there were some shows that I would perform with only the other bands on tour with me because no one came for the show.

But I did have one fan that I remember throughout my short rap career.

And man, was she loyal.

She came to many of my shows when I lived and performed in Illinois. I didn't know her name, but that is because she never actually talked to me. She would come to my shows, and she would just stand there in the front of the crowd.

Occasionally she would nod her head to the beat.

But never did she talk to me or introduce herself to me.

Are you creeped out yet?

Why am I talking about creepy fan-girl? I'm talking about creepy fan-girl because I wonder if some of us are doing the same thing with Jesus. So it's Easter, or it's Christmas, and we show up for the show. At a distance, we stand there, watch, listen, and even "amen" once in a while. But you never actually talk to, spend time with, or get to know this Jesus in front of you. That, when it comes to Jesus, the truth is that you are far more a fan of Jesus than you are a follower or friend of Jesus. What is the difference?

Fans show up out of convenience.

Followers show up out of commitment.

Fans are moved out of hype.

Followers are moved out of love.

Followers "what can I give?"

I could keep going. But the truth is that, even in the Gospel documents, we find that Jesus had fans that would show up when he came into town. They went for the show. But when Jesus would invite them to follow him, they would walk away.

In John 6:1-15, John records a moment where a crowd of thousands showed up to see Jesus, and they were hungry. So Jesus, in his generosity, fed the crowd miraculously with just some bread and fish. It was the first church potluck minus that one super sketchy dish of green sludge that you put on your plate purely out of kindness but have no intention of ever actually eating (if you know church potlucks, you know what I am talking about.)

But read only a few verses later, the crowds return to Jesus, but this time Jesus doesn't give them a free all-you-can-eat-buffet. Instead, Jesus says:

47 "I tell you the truth, anyone who believes has eternal life. 48 Yes, I am the bread of life! 49 Your ancestors ate manna in the wilderness, but they all died. 50 Anyone who eats the bread from heaven, however, will never die. 51 I am the living bread that came down from heaven. Anyone who eats this bread will live forever; and this bread, which I will offer so the world may live, is my flesh."

And after Jesus says this, here's what happens:

60 Many of his disciples said, "This is very hard to understand. How can anyone accept it?"

61 Jesus was aware that his disciples were complaining, so he said to them, "Does this offend you? 62 Then what will you think if you see the Son of Man ascend to heaven again? 63 The Spirit alone gives eternal life. Human effort accomplishes nothing. And the very words I have spoken to you are spirit and life. 64 But some of you do not believe me." (For Jesus knew from the beginning which ones didn't believe, and he knew who would betray him.) 65 Then he said, "That is why I said that people can't come to me unless the Father gives them to me."

66 At this point many of his disciples turned away and deserted him. 67 Then Jesus turned to the Twelve and asked, "Are you also going to leave?"

Jesus had no problem feeding the crowd. But he knew that while their stomachs needed bread, that their souls needed Him. Jesus knew that there were many there that would show up for a free lunch but would walk away when they were invited to partake of that which will satisfy their souls. Jesus knew that many in the crowd would prove only to be a fan of Jesus and would walk away when invited to be a follower of Jesus.

Do you show up only when it's convenient? Or do you show up in your relationship with Jesus because you are committed to Jesus?

Do you come out of the woodwork only when you are hungry and in need of something? Or do you live your life in total surrender because you have given your life to following the way of Jesus?

Are you moved only by hype? Or does your love for Jesus move you?

Do you know a lot of information about Jesus, or are you experiencing a transforming relationship with Jesus?

These aren't easy questions. They weren't meant to be. I'm wrestling with these questions for myself because they are the sorts of questions that will separate the fans from the followers.

If I can be honest, this topic is on my mind today because it was just Easter. And although I am grateful to have seen so many people tuning into our Easter gathering, I have felt a sort of sadness afterward because I know that far too many of those who showed up for Easter will have already disengaged by next Sunday. The show is over, and they will be gone until the next one. And I think this grieves the Father's heart, who desires to know and truly be known by people. This God isn't content with your fandom.

This God desires your friendship.

The question of Jesus to Peter has been ringing in my soul since Easter ended:

"Are you also going to leave?"

May we all respond like Peter, a true friend and follower of Jesus, and say:

"Lord, to whom would we go? You have the words that give eternal life. 69 We believe, and we know you are the Holy One of God."